ALL DIVISIONAL SECRETARIES AND CIRCLE UNION OFFICE BEARERS ARE REQUESTED TO ATTEND UNJHA CIRCLE COUNCIL ON 01.10.12 IN TIME

We have so many important issues of general interest to discuss. For any personal discussion or individual items any divisional secretary is most welcome during 01.00 to 05.00 pm.

We will start our Circle Council meeting sharp at 5.00 pm as earlier notified.

During discussions, all divisional secretaries will be given chance to speak about problems of their division. We will conduct the meeting in the most disciplined manner, considering that it is held at a holy place of Umiya Mataji temple.
Posted by AIPEU GUJARAT at 12:12 AM No comments: 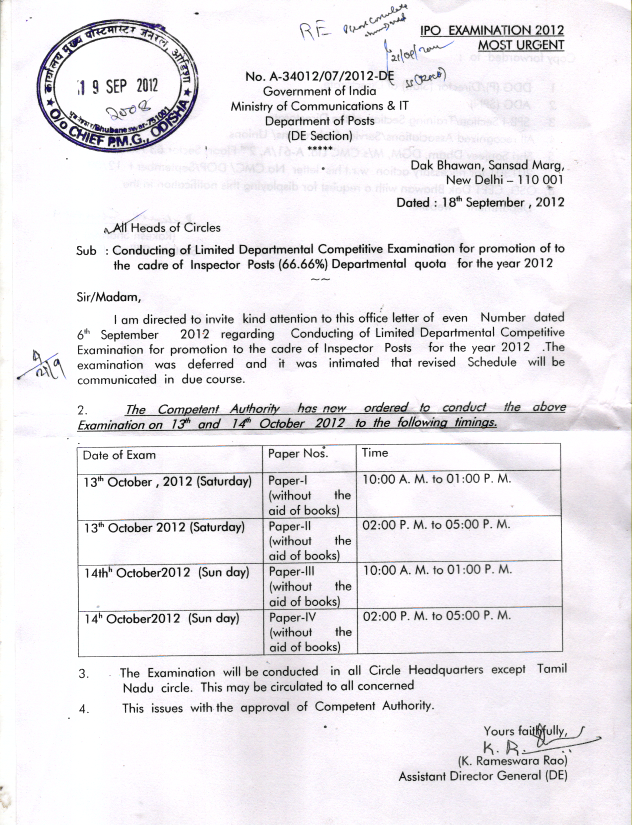