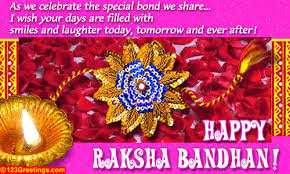 Posted by AIPEU GUJARAT at 1:17 PM No comments:

On 1st August 2012 any customer who buys gold from identified Post Offices in Delhi will get a special 6.5% discount of the day`s retail price on all denominations.This offer is available in all 31 Post Offices of Delhi indentified for the sale of Gold Coins.
These gold coins bear unique logo of India Post and are available in denominations of 0.5 gms, 1gms, 5gms, 8gms, 10gms, 20gms & 50gms for sale across counters at select Post Offices. These coins are having purity rating of 24 karat 99.99% from Valcambi, under Swiss certification and are available in tamper-proof packaging having benefits like internationally recognized certification, low risk of duplication, quality packaging, product standardization and numbering with assayer certification.
* * * *
BK/ AT/PM
(Release ID :85606)
Posted by AIPEU GUJARAT at 1:16 PM No comments:

CGHS-GUIDELINES FOR REFERRING THE CASES TO HEALTH MINISTRY

DISBURSEMENT OF SALARY TO CENTRAL GOVERNMENT EMPLOYEES WORKING IN THE STATE OF KERALA ON 25TH AUGUST, 2012 ON ACCOUNT OF ONAM FESTIVAL

Manihsinath Bhawan,
A/2/95 Rajouri Garden,
New Delhi. 110 027
Dated: 28th July, 2012
E mail: confederation06@yahoo.co.in.
Website: confederationhq.blogspot.com.
D-16/2012
To
The Controller General of Accounts,
Ministry of Finance,
Department of Expenditure
Lok Nayak Bhawan
New Delhi.. 110 002
Dear Sir,
Sub:    Disbursement of Salary to Central Government employees working in the State of Kerala on 25th August, 2012 on Account of Onam Festival.
Onam is the State festival of Kerala.  The Festival commences on 21st August, and culminates on 29th August, 2012.  This is also a social festival and is celebrated by one and all.  It had been the normal practice to draw and disburse the salary of the employees in the month in which the festival falls well prior to the commencement of the festival.
We shall be grateful if orders are issued to all Departments to disburse the salary for the month of August, 2012 by 20th August,2012 in respect of all officials working in the State of Kerala including the Pensioners. While orders were issued last year, the pensioners were not covered in the said order with the result the matter had to be taken up by at the last moment.  . A copy of the order issued by your office on 25th August 2009 in this matter is enclosed for ready reference.
Thanking you,
Yours faithfully,
K.K.N. Kutty.
Secretary General.
Copy to the Joint Secretary (Per), Department of Expenditure, Ministry of Finance, North Block, New Delhi.
Copy of Order in No. V. 16011/CTR/41/MF-CGA/122, Ministry of Finance, Department of Expenditure, Controller General of Accounts, Lok Nayak Bhawan, Khan Market, New Delhi. Dated 25th August, 2009.
OFFICE MEMORANDUM.
Subject:          Disbursement of salary/wages to the Central Government employees in the State of Kerala for the month of August, 09 on account of ONAM festival.
In view of the ONAM festival, the Government have decided that the salary of all Central Government employees in the State of Kerala for the month of August,09 may be drawn and disbursed by the Central Government offices (including Defence, Posts and Telecommunications) on 28th August, 09
The salary/wages so disbursed are to be treated as advance payments and will be subject to adjustment after the full month’s salary/wages of each employee is determined.  The adjustment, if any, will be made without exception from the salary/wages as the case may be from the month of September, 2009.
The concerned Ministries/Departments are requested to bring these instructions to the notice of their offices located in the State of Kerala for necessary action immediately.
(Vibha Pandey)
Jt. Controller  General of Accounts.
To
All Ministries/Departments of Government of India.
Posted by AIPEU GUJARAT at 1:09 PM No comments: